Our dedicated professionals can and will find innovative solutions and provide unparalleled service while building profitable, lasting relationships to fulfill the financial needs of the communities we serve.

The values of Coastal Banking Company and CBC National Bank shape our relationships with customers, employees, and stockholders while capturing the spirit of our business practices and decisions.

​First National Bank of Nassau County acquired the Cairo Bank in Meigs, Georgia, which was renamed The Georgia Bank.

As the financial services industry changes, we will be Innovative in delivering products and services that exceed our customers’ expectations while producing a fair return to our stockholders.

As a customer-centered business, we remain readily available, Responsive to customers' needs, and accountable for our actions. We will provide unparalleled service and support.

Our directors, officers, and staff will always perform in a Dependable manner, guided by what is most important to our business, customer service. 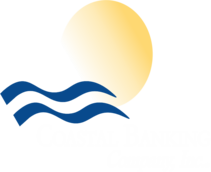